Washington Park Cincinnati – Then and Now (2021)

This post may contain affiliate links for products or services.  If you use one of my links to make a purchase, I may receive a small commission.  This doesn’t change the price you pay, but it does help me keep bringing you awesome free content. Thank you for your support.

Washington Park has become a Cincinnati favorite for residents and tourists alike!

Although it’s now bustling with attractions and year-round events, Washington Park hasn’t always been the attractive Cincinnati hotspot that it is today.

The city purchased Washington Park in 1855, and began construction in the 1860s. Located at 1230 Elm Street, the park is an iconic landmark of Historic Over-the-Rhine.

In the Park’s heyday, there were a number of attractions to enjoy including bandstands, walkways lined with benches, and a number of bodies of water.

During the Prohibition the population of Over-the-Rhine declined rapidly.  A once glamorous city neighborhood, it began to fall into ruin like a lot of other neighborhoods in Cincinnati.

From the Great Depression throughout World War II, Washington Park deteriorated and remained defunct through the turn of the century.

Until 2012 it seems the space was more of a wasteland than a park.  Washington Park was riddled with crime, drugs and a place where the homeless population took refuge.

As Steve Shuckman, the Division Manager of Planning and Design at the Cincinnati Park Board, told WCPO in 2014, “Washington Park was a historic park, but it looked it’s age…People from outside the neighborhood probably wouldn’t spend a lot of time in the park.”

Within a few years, a master plan took shape, and construction on Washington Park began.  With the new land acquired from the elementary school, the Park expanded from five to eight acres.

Washington Park’s pool was demolished and replaced with a fountain, and a 450-space parking garage was also built. The renovation and expansion was a $48 million project.

Thousands of people gathered in Washington Park for the grand opening in July of 2012.

You might also enjoy:  10 Awesome Parks in Cincinnati For Kids

Today, over 500 events are hosted in the park annually!

“No one expected that the bar would be up (so high),” Shuckman told WCPO. “We thought it would be a great new park, but to walk in here and see the smile on people’s faces…I don’t think any of us expected this kind of reaction.”

With the addition of a dog park, comfort station, and an amazing playground, Washington Park is a welcoming attraction in Cincinnati for all ages.

Throughout the year there is live music, markets, outdoor fitness classes, children’s activities, and so much more.

Here are 4 popular activities at Washington Park going on now through the end of Summer, open to everyone.

1. Workout on the Green

Working out in the sun is the best in my opinion, so I’ll definitely be checking this out!

What’s even better is these events are absolutely FREE every Tuesday and Wednesday through August!  There are two classes each night.

5:30-6 PM: Tabata
Get ready to shed the calories with this one! Tabata is a type of high-intensity interval training (HIIT).

It’s only a half hour class, but if you give it your all, you’re guaranteed to crush calories.
There are eight rounds of four minute intervals. Push with maximum effort for 20 seconds, then rest for 10 seconds.

You probably won’t regret this.

5:30-6 PM: FitCamp
This is another HIIT workout that utilizes stretches, upper body, lower body, cardio, and core movements to give you that beach body.

Starting June 4, enjoy talented R&B artists performing live in Washington Park for Friday Flow!  After a break in 2020 due to COVID-19, Friday Flow amps up for it’s ninth season, presented by Proctor & Gamble.

TRENDING NOW
11 Independent Bookstores in Cincinnati You Should Support

Take advantage of Happy Hour drink specials from 5pm-7pm and socialize with your Cincinnati neighbors.

See the lineup of your favorite local musicians here.

You might also enjoy:  7 Cincinnati Farms You Have To Visit 2021

Do you love live bluegrass music?  Get excited about the return of Roots Revival at Washington Park in Cincinnati!  Starting June 3, 2021, experience live bluegrass, roots and Americana music from 7pm-9pm.

Eli’s BBQ will be on site for food, and be sure to grab a cold drink from The Porch!

You can check out the full summer line-up of artists here.

We just can’t get enough music in this post, and it’s the same case with Washington Park.

Every Monday night is jazz night! Make sure to check out the lineup of local and regional jazz musicians.
Jazz in the Park is free and open to the public, but make sure to arrive early because space is limited.

To add to the fun, there will be a cash bar and complimentary wine tastings presented by Revel OTR Urban Winery. Grab a drink, sit down, and be merry!

When: Mondays at 6-9PM through August 30

The Porch is Washington Park’s bar!

Washington Park represents OTR in a way to me. It’s kind of like the Central Park of Cincinnati.

I’ve taken my son on play dates there numerous times, and it never gets old. It’s so much fun to relax in the sun as the kids splash in the fountain and play on the playground.

What Do You Love About Washington Park?

My guess is you’ve been to Washington Park at least once in your life, but if you haven’t check it out as soon as possible!  Catch a concert, workout, or just grab a drink at The Porch. You won’t run out of things to do.

What do you love about Washington Park?  Have you been to any of the free events hosted there?

Thanks for stopping by the AllAboutCincinnati.com blog.  It will mean the world to me if you’ll take a moment to like us on Facebook and share this post on your favorite social media platform. 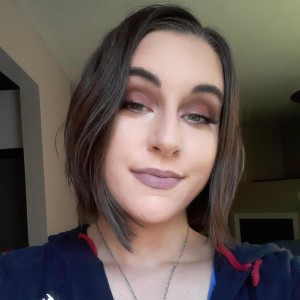 AllAbouCincinnati.com Fall In Love With Cincinnati!